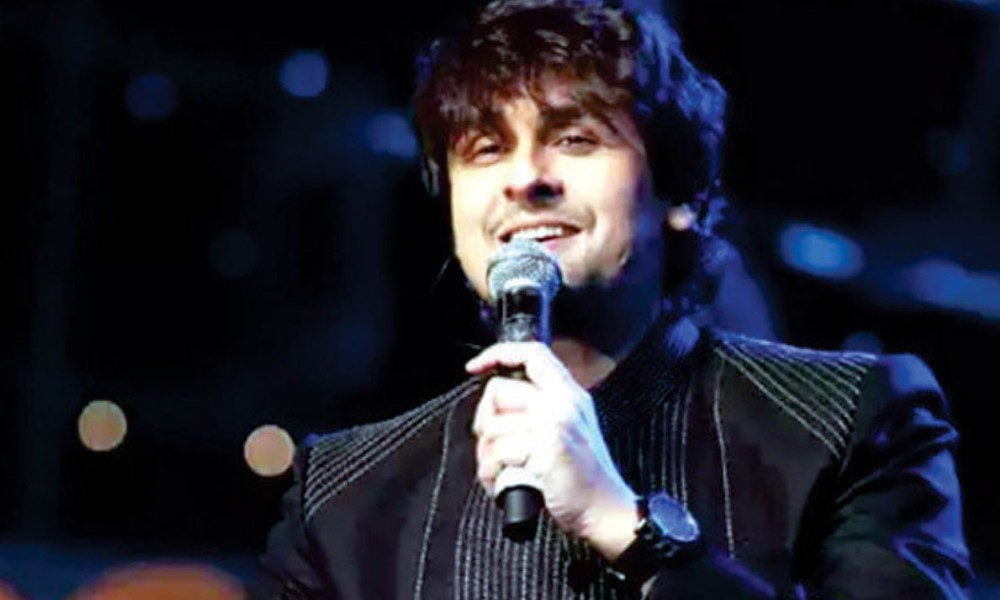 Mysore/Mysuru: There has been a deviation in the tradition of hosting Yuva Dasara just a day after Dasara’s inauguration and this time, the mega youth show will begin on Sept. 28, two days after the Dasara inauguration.

The mega event will now be inaugurated at 6 pm tomorrow at Maharaja’s College Grounds with revised programme.

Sources told Star of Mysore that the earlier scheduled inauguration on Sept. 27 was postponed as the organisers wanted a ‘star touch’ to the festival.

As per the earlier plans, actor Kichcha Sudeep was to make a special appearance during the inauguration and he expressed his inability to attend the inauguration due to his other shooting commitments.

As Sudeep backed out, the organisers were in a quandary as there will be no ‘star touch’ to the festival. Also, the organisers wanted the District Minister to be the inaugurator at any cost. Due to the last-minute cancellation, the organisers had to scramble for new guests and reschedule the star performers.

As all programmes of this Dasara were planned at the last moment, the organisers did not have a back-up of guests and performers in case of cancellations and they had to scout for new guests as there was a guest cancellation for the main inauguration event. But somehow, they managed to get Shivarajkumar and this is the reason for the main inaugural event being postponed by two days, sources said. 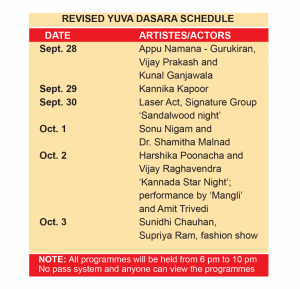 As per the earlier schedule, on the inaugural evening, Raghu Dixit had to perform. Now it looks like Raghu Dixit will not perform as per the revised Yuva Dasara schedule.

The saving grace for Yuva Dasara is the performance of Sonu Nigam on Oct. 1 who will perform along with Dr. Shamitha Malnad. Shamitha is known for her works in the Kannada film industry, as well as her works from light music and devotional albums.

Earlier, Hindi movie singer and music director Amit Trivedi was to perform on Oct. 2. But as per the revised schedule, actors Harshika Poonacha and Vijay Raghavendra will perform on Oct. 2 in ‘Kannada Star Night’. After that, there will be a performance by Satyavathi Rathod, colloquially and popularly known as ‘Mangli’ and the last performer of the day is Amit Trivedi.

On Oct. 3, the last day of Yuva Dasara, Sunidhi Chauhan, one of the most versatile singers of the country with countless songs in her repertoire will perform. Her latest song “Ra..Ra…Rakkamma’ from Sudeep-starrer ‘Vikrant Rona’ is a hit. After the performance of Sunidhi, there will be a fashion show and singer Supriya Ram will perform. 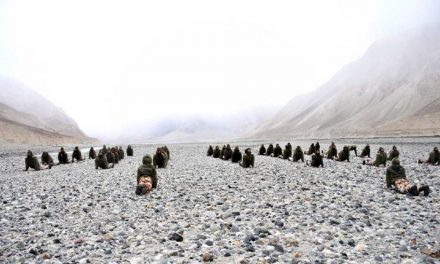 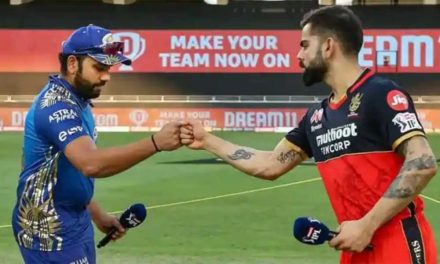 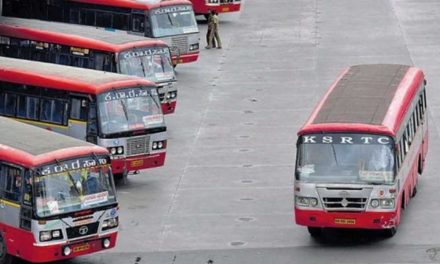