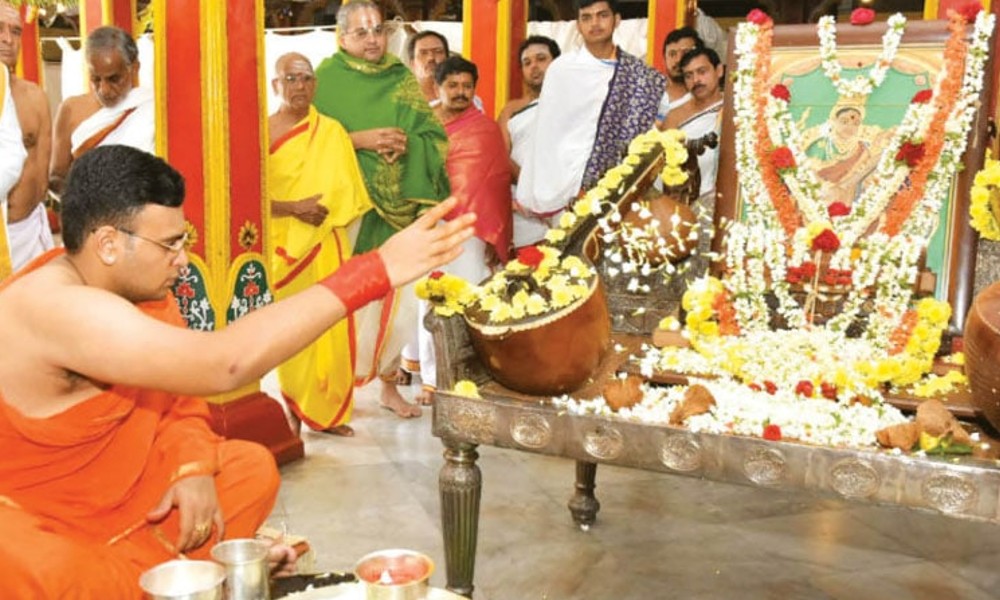 According to scholars, the beginning of ‘Saraswathi Puja’ at the time of Navarathri is known as Saraswathi Avahan. The literal meaning of Avahan is the invocation of Goddess Saraswathi.

Goddess Saraswathi is believed to be part of the trinity of Saraswathi, Lakshmi and Parvathi, which helped Brahma, Vishnu and Maheshwara to create, maintain and destroy the universe.

The Goddess is worshipped in a special ritual in the Kannadi Thotti of the Palace. Books, palm leaf manuscripts and musical instruments are placed on a high altar. Then, the energy of the Goddess is invoked into them, after which they are ceremonially worshipped.

Today, Yaduveer Wadiyar performed special pujas to the portrait of Goddess Saraswathi between 10.57 am and 11.05 am in Dhanur Lagna. He offered puja to books, veena, musical scriptures, copies of epics like Ramayana, Mahabharata, etc, amidst chanting of Vedic hymns by Palace Priests.

The ‘Saraswathi Puja’ will be followed by Kalaratri Puja that will be performed tonight to the Goddess of power, Maa Kalaratri.

According to mythological legends, today is the day when Goddess Durga commenced war against the buffalo demon, Mahishasura. 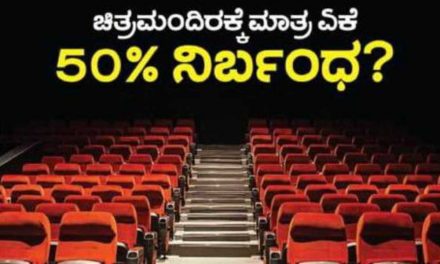 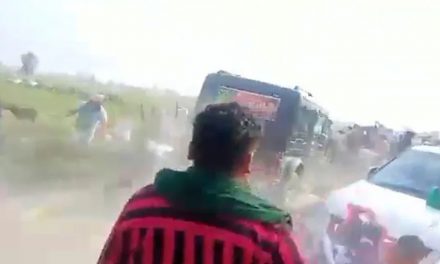 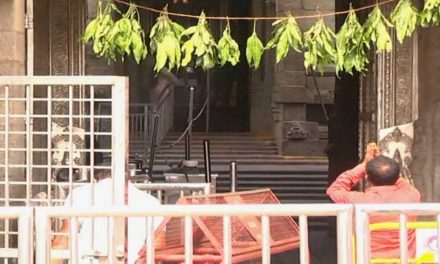 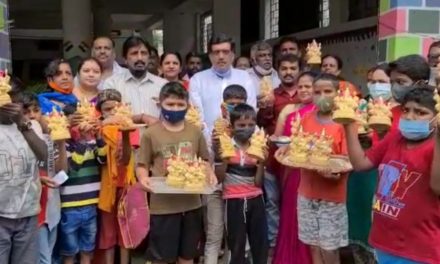