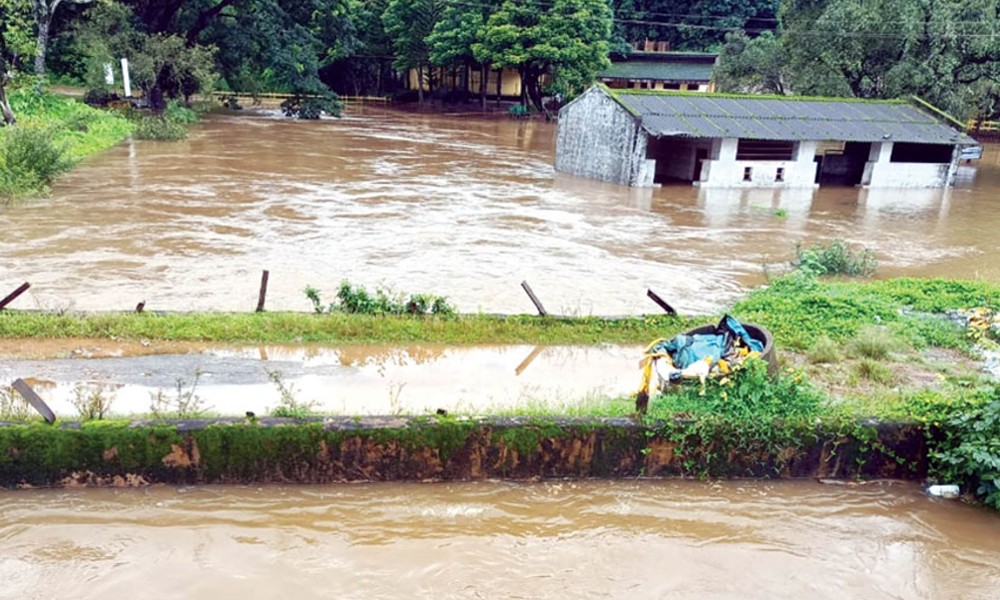 Madikeri: Kodagu district has been experiencing incessant rains with occasional breaks for the last three to four days. Rivers are flowing in full spate and the Triveni Sangama at Bhagamandala has been submerged.

The India Meteorological Department (IMD), Bengaluru, has released a forecast till July 7 that has said that rains will lash Kodagu with medium and heavy intensity.

According to the data from the Karnataka State Natural Disaster Monitoring Centre this morning, in the last 24 hours, Galibeedu in Madikeri taluk has received the highest rainfall of 168 mm. Galibeedu stands second in the State while Hebri in Karkala taluk stands first with 189 mm and Allety of Sullia taluk in Dakshina Kannada stands third with 155.5 mm. 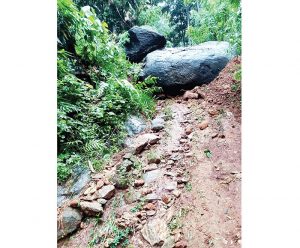 Huge boulders have landed on the crude road used by the villagers at Karike-Kundathikana village, cutting off the connection last night.

Landslides have been reported in several areas and boulders have blocked pathways in villages. Power lines have snapped at many places and personnel from the Chamundeshwari Electricity Supply Corporation (CESC) are trying hard to restore the power supply.

Officers and staff from the Public Works Department (PWD) are engaged in clearing roads that have been blocked by tree falls and landslips. 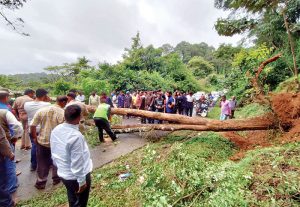 PWD, Forest and CESC personnel clear a tree that has fallen on the Madikeri-Bhagamandala Road near Bettageri-Bakka.

This morning, there were reports of landslides at Second Monnangeri in the Galibeedu Gram Panchayat limits on the road that links Vivekagiri. Landslides have been reported at Makkandur. At the earthquake-prone Karike-Kundathikana village, huge boulders have landed on the crude road used by the villagers, cutting off the connection.

It will be a daunting task for the authorities to clear the boulders as no earthmover vehicle can get onto that road.

Meanwhile, as it is raining heavily, water flow to River Cauvery and River Harangi has increased and as such, the outflow from the Harangi Dam this morning has increased to 15,000 cusecs. Yesterday, 10,000 cusecs were released.

The Bhagamandala-Ayyangeri Road, Bhagamandala-Triveni Sangama Road and Bhagamandala-Napoklu Road have been submerged, breaking the link. Traffic has been banned on these roads. Even the low-level bridge at Balamberi is submerged and water is flowing 5 ft. above the road. Fortunately, there is a bigger bridge here that is used by the villagers.

CESC personnel have started restoration of power lines on a war footing at many places including Ammathi, Madapura, Garagandoor, Koodige and Siddapura. Power breakdowns have also been reported in Madikeri Division. CESC officers said that all feeders have been charged and teams are attending breakdowns and restoring the power supply. 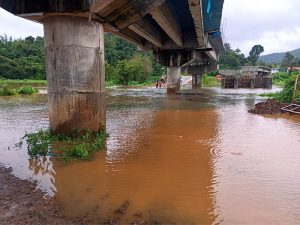 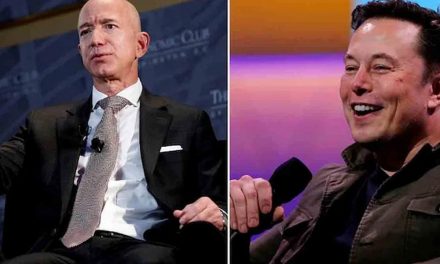 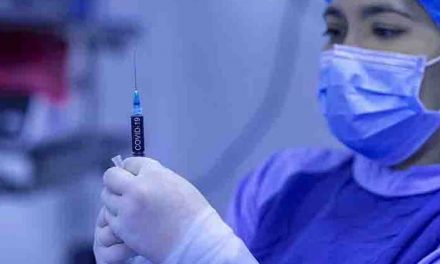 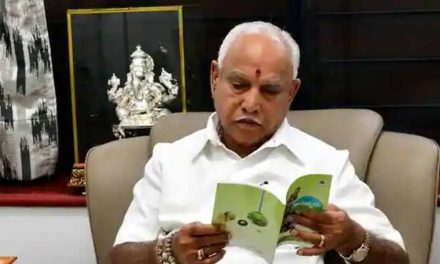 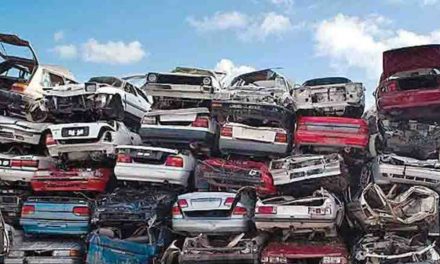