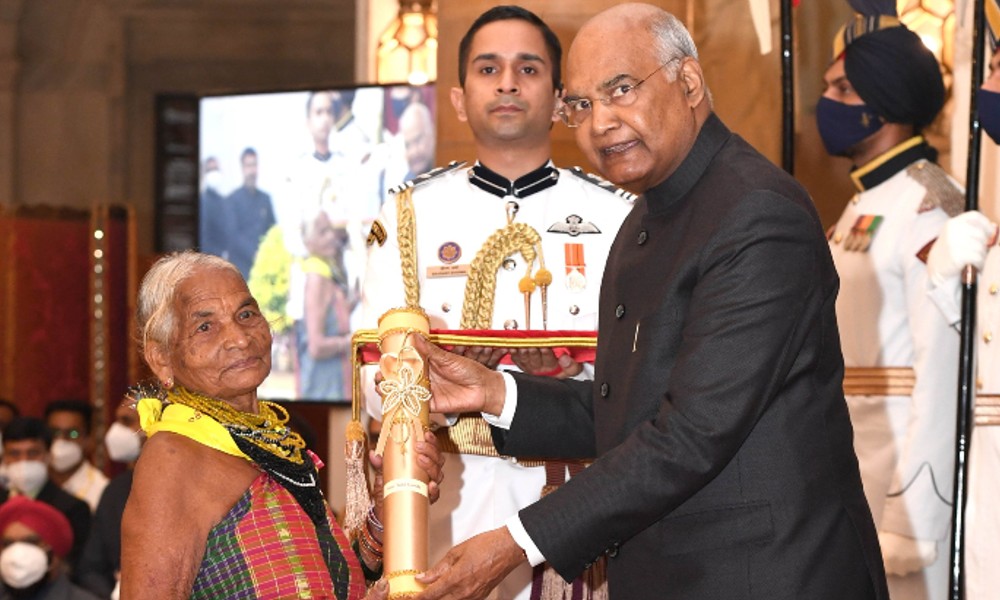 New Delhi: Tulsi Gowda, an environmentalist, was among the 119 Padma award recipients for the year 2020. A photo of the Karnataka tribal greeting Prime Minister Narendra Modi, top ministers and dignitaries at the function was widely shared on social media.
PM Modi and Union Home Minister Amit Shah were seen greeting her back with folded hands. The PM also posted the image on Instagram.

Many on Twitter captioned it the “Picture of the Day”.

The Prime Minister was also seen in one of the photos clasping the environmentalist’s hands and speaking to her.

Tulsi Gowda an Indian environmentalist aged 72, Tribal legend from Honnali village, Karnataka. She has planted more than 30,000 saplings & looks after it, she made immense contributions towards preserving the environment. She is honoured with #PadmaShri She is Indian's pride now. pic.twitter.com/CvMZmWJobG

Tulsi Gowda, who is from the Honnali village in Karnataka, has worked for the environment for over six decades and has planted more than 30,000 saplings. She takes care of the nurseries of the forest department.

The 77-year-old belongs to the Halakki tribals and is reputed to be an encyclopaedia of forests with “endless knowledge” of plants and herbs.

“President Kovind presents Padma Shri to Smt Tulsi Gowda for Social Work. She is an environmentalist from Karnataka who has planted more than 30,000 saplings and has been involved in environmental conservation activities for the past six decades,” tweeted the President of India’s office.

Born to a poor family, Tulsi Gowda lost her father when she was two. As a very young child, she started working with her mother at a local nursery. She never went to school and was married when she was not even in her teens.

After he worked for over 30 years in a state-run nursery, she was offered a permanent job. She retired after 15 more years at the age of 70. 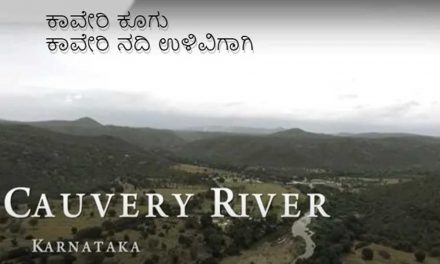 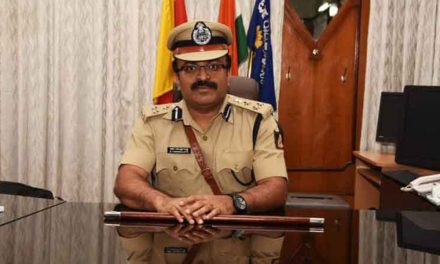 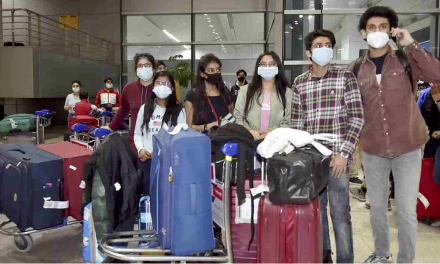 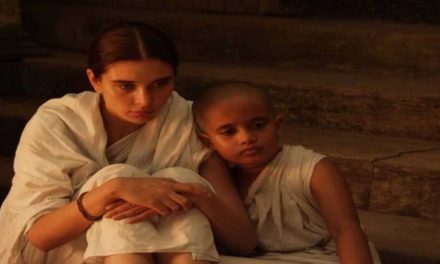