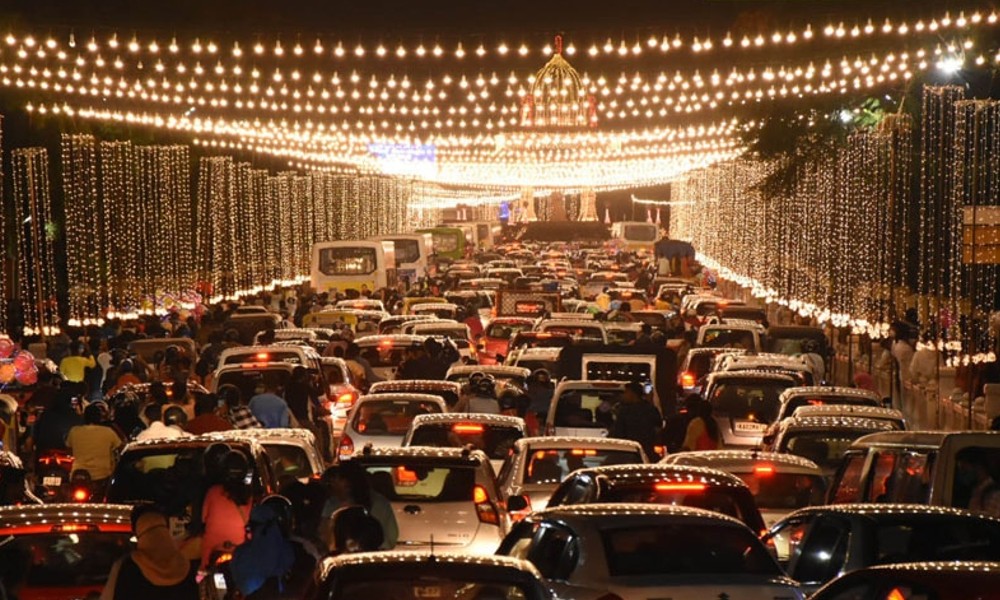 Multiple one-way rule on key city roads worsens situation
From tonight till Oct. 15, lights only till 10 pm and not 11 pm

Mysore/Mysuru: The city of Mysuru is teeming with people to see Dasara illumination and the roads are choked with bumper-to-bumper traffic beyond 7 pm.

The one-way rule imposed by the City Police and extended wait timings at signals are worsening the problem and are resulting in piling up of vehicles, especially at junctions where more than three roads meet.

Last evening, all the roads surrounding the Mysore Palace were clogged and realising that the one-way rule is not helping in any way, the Police relaxed the rule and switched off the signals. Moments later, all the traffic bottlenecks were cleared and vehicles moved freely signalling that multiple one-ways are the real cause for traffic jams.

In a recent order, the City Police has restricted movement of all types of vehicles (except vehicles of VIPs and VVIPs) on major city roads by creating one-ways and has also banned parking on certain roads till Oct. 15. The rule is enforced in the evening and this is the time when there are already thousands of vehicles on the roads and many more waiting to enter city centre to see the illumination.

Several arterial roads in the Central Business District (CBD) bring vehicles from residential areas, hotels and resorts and all of them converge at the centre. Moreover, many people park vehicles at the junctions to grab a selfie or two with family members, holding up other vehicles. To make matters worse, the bulk of the illumination is in the CBD including K.R. Circle and Sri Jayachamaraja Wadiyar Circle and as such, tourists are swarming there with vehicles.

Many tourists who had come from far off places could see only half the illumination as they could not proceed to other roads due to traffic snarls.

Some of them remained holed-up inside the hotels, savouring the festival delicacies served there.

“It was publicised that over 100 km of Mysuru has been lit up and we came from Bengaluru. We could see the illumination only at Doddakere Maidan, K.R. Circle and Jayachamaraja Wadiyar Circle. Many roads have been converted into one-ways and there is no place for parking too,” said Ashwini Haldipur, an IT professional who came from Bengaluru with family.

The Chamundeshwari Electricity Supply Corporation (CESC) had increased the Dasara illumination timings by one hour from last evening till 10.30 pm from the earlier 9.30 pm to prevent traffic rush.

On Oct. 14 and 15, (Ayudha Puja and Vijayadashami), the announcement said that the city will be lit up till 11 pm. However, in a fresh announcement this morning, Chamundeshwari Electricity Supply Corporation Managing Director Jayavibhavaswamy said that from Oct. 10 (today), till Oct. 15, the illumination timing has been curtailed till 10 pm from 6.30 pm. This is due to the daily night curfew kicking in from 10 pm, the statement said. 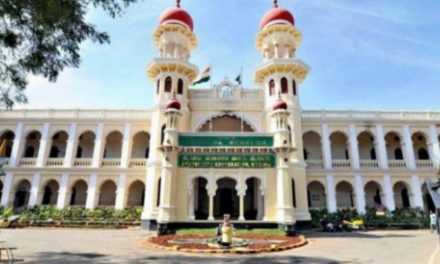 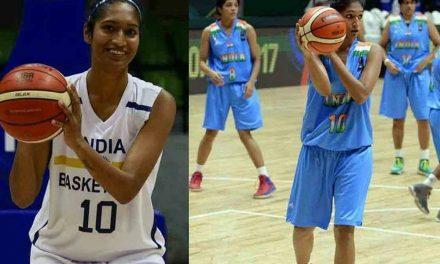 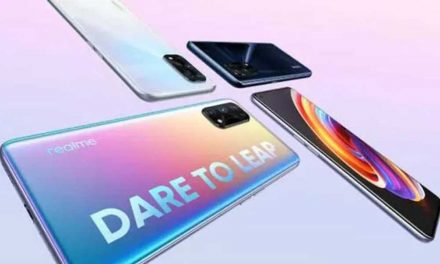 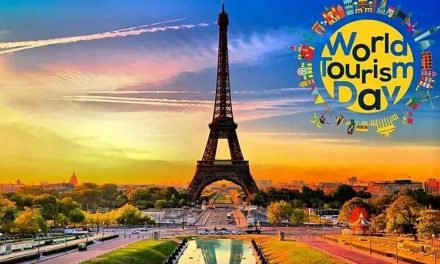